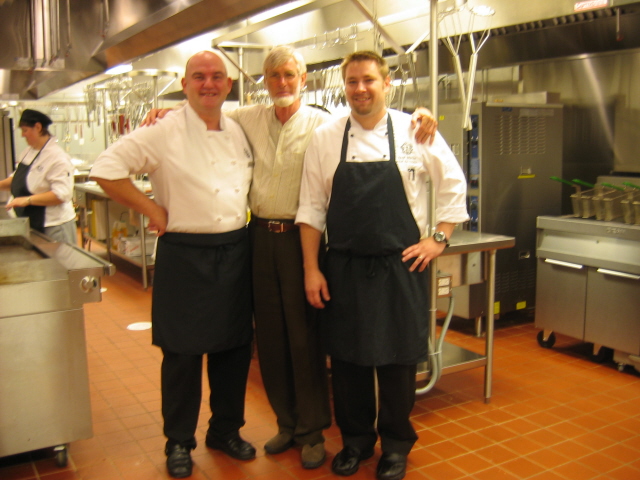 Peter with the Chefs at the newly renovated Bedford Springs (Pennsylvania) resort.  Past celebrity guests never had it so good!


And Peter was there tool!


And here is the Picnic


Charcuterie on display at a Versailles, France - we bought the picnic lunch here


On the Japanese Bridge at Claude Monet's Giverny estate.  This was taken September 9, The person who took it was delayed in returning to the US by the aftermath of 9/11.


Peter would not spring for this gown at Christian Lacroux, Paris